If an SDSU club was advertising that they were hosting strippers at the SDSU Student Union, and telling people to “bring $1 and $5 bills to tip if you choose” to the stripper event, or encouraging children to attend, I don’t imagine it would be very well received by the SDSU administration, nor considered kid-friendly by the community at large.  So, someone explain to me why a drag show would get a pass for the exact same thing.

According to the SDSU Event Calendar: 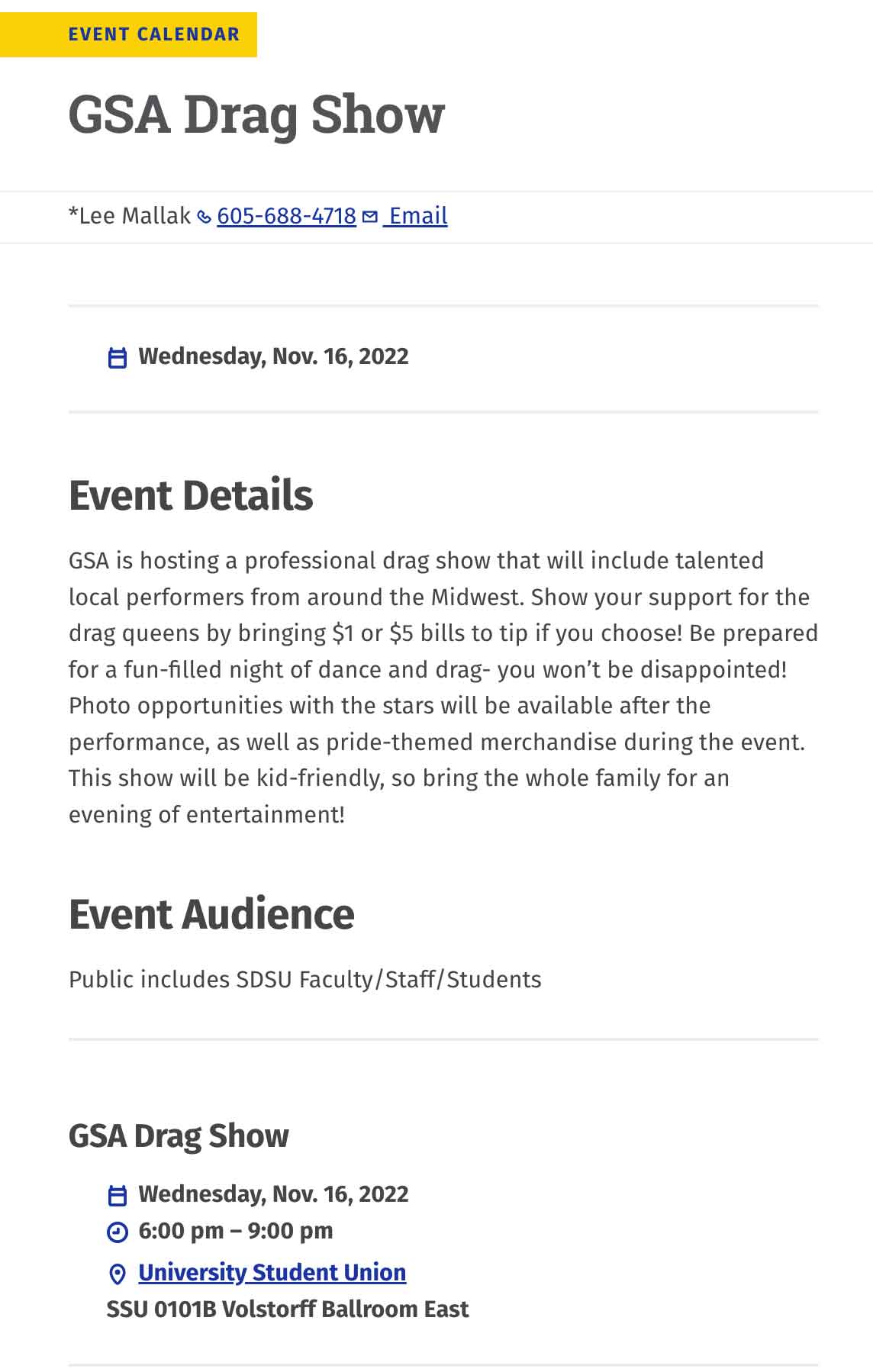 If you’re into this sort of thing, that’s kind of your own business. But when someone is enticing you to stuff a single or five-dollar bill in an article of their clothing, it’s not something that most of us would consider a “kid-friendly” event, or a “bring your whole family” event, as much as adult entertainment. And last I knew, I didn’t think SDSU hosted adult entertainment on campus, whether it be strippers or a drag show.

If they want to hold a pride event on campus, and tells people so inclined to bring their kids, who cares? But when they start pulling adult entertainment into the mix, and tell people to bring their dollar bills, someone hasn’t given it a lot of thought, and is bumping up against (and probably grinding on as well) what a lot of people would not consider appropriate for a campus activity.

84 thoughts on “Drag show at SDSU calling itself kid friendly while encouraging $1 and $5 tips. That doesn’t sound very kid friendly.”