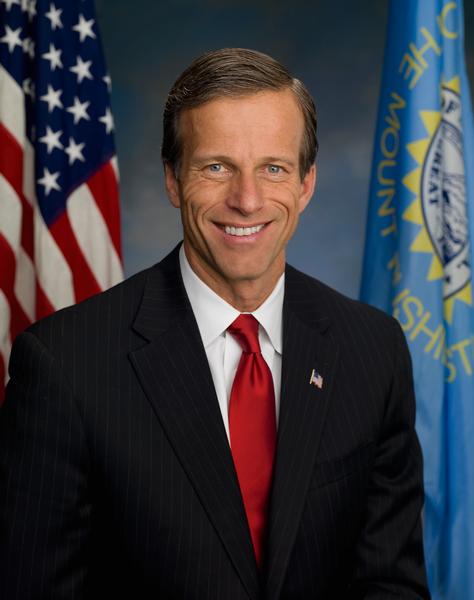 Last week, the official statistics confirmed what Americans are feeling every day: Inflation remains at a 40-year high. Seventeen straight months of higher prices have taken a toll on family budgets, driving up grocery bills and causing one in six households to fall behind on utility bills. As I travel across South Dakota, inflation is undoubtedly the top concern I hear from farmers, business owners, and working families.

Unfortunately, soaring prices are likely to continue for the foreseeable future. If you ask the president, though, he says he’s not concerned. In fact, on the same day the inflation rate rose 8.3 percent from the same month a year ago, the White House hosted a celebration for passing the so-called Inflation Reduction Act, which more than one independent analysis confirms will do little to nothing to reduce inflation. It’s difficult to understand what there was to celebrate about a bill that won’t reduce inflation, falls short on deficit reduction, and is chock-full of tax increases that are expected to result in slower growth, lower wages, and thousands of fewer jobs.

In addition to Democrats’ usual reckless, big-government spending and tax hikes, the bill included an unprecedented $80 billion for the Internal Revenue Service (IRS) to raise revenue by increasing audits and placing new burdens on taxpayers. This funding will enable the IRS to hire as many as 87,000 new employees, more than doubling its current workforce and making it larger than Customs and Border Patrol and the Coast Guard combined.

More than half of the new IRS funding is earmarked for increased enforcement, while a mere 4 percent goes to improving customer service at an agency that answered just 10 percent of taxpayers’ phone calls this filing season. That is why, as the ranking member of the Subcommittee on Taxation and IRS Oversight, I recently introduced the Increase Reliable Services Now Act to prevent the IRS from hiring new employees for enforcement until customer service at the agency reaches an acceptable level. It is unconscionable that audits on South Dakotans should increase when 90 percent of taxpayer phone calls to the IRS go unanswered.

I also joined my Republican colleagues on the Senate Finance Committee to introduce legislation to prevent the IRS from using this new funding to audit American workers and small business owners earning less than $400,000 per year. The nonpartisan Congressional Budget Office estimates that this funding will help the IRS collect an additional $4 billion from middle-income taxpayers, which contradicts the president’s pledge and his treasury secretary’s assurances that this group of Americans would be protected.

In recent years, there have also been disturbing instances of the IRS compromising private taxpayer information. As the IRS has not provided accountability on recent data breaches, I have pressed the IRS commissioner to inform Congress how the agency plans to ensure these breaches do not happen again. At a minimum, taxpayers deserve to be confident that their personal information will be protected when they file their taxes.

Democrats’ $1.9 trillion spending spree early last year helped spark the ongoing inflation crisis. While Americans are experiencing serious economic hardship, Democrats have doubled down on policies that threaten to worsen economic pain and create additional frustrations from an even bigger bureaucracy. I will continue to fight back against these out-of-touch ideas and push for common-sense solutions for South Dakotans.