If you recall the SDDP’s FEC report covering the month of September 1-30 that they filed in the month of October, it painted the most dismal finance picture to date for the South Dakota Democrat party: 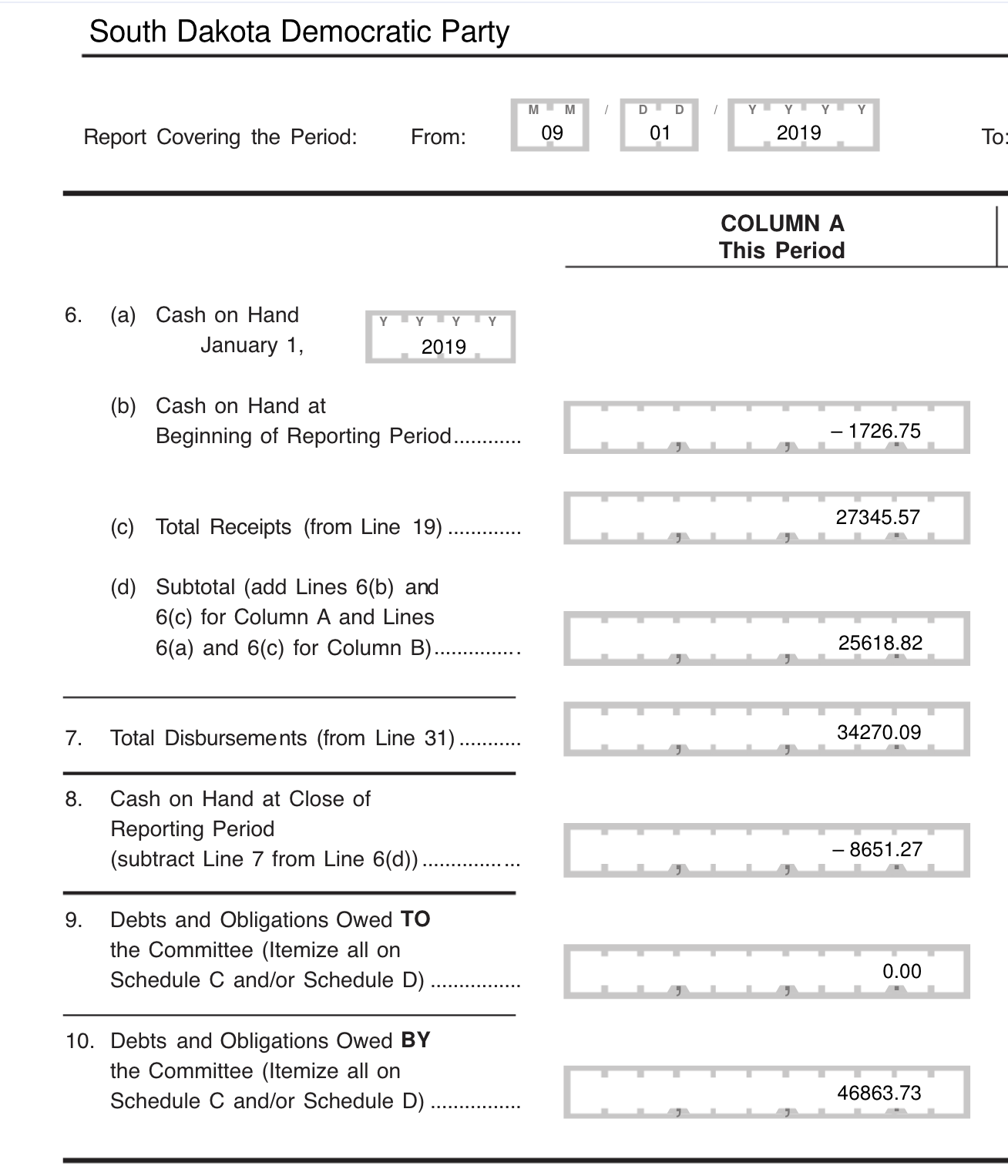 $27k raised, $34k spent, $-8.6k cash on hand, about $47k in outstanding debt. These financial figures brought down both the chair Paula Hawks and the executive Director Stacey Burnette.

But, fast forward to this week, where Democrats are amending a number of reports for the past several months, and it paints a much different picture:

With the newly filed reports this week, we’ve gone from starting with a negative $1726, to a positive $39K, ultimately leaving them with about $34k cash on hand, but still with nearly 47k of debt.

So did their Chair and ED actually abandon ship, and shut down their offices over nothing? Well, maybe not. Because by all indications, it sounds like their finances are still a mess.

I’m hearing reports that regarding the $5845 they still claim on the unpaid debts and obligations portion of the report to the Sioux Falls Convention Center, someone looked into that. And supposedly, I’m told it may have been paid within a couple of months.  And if true, the records are such a mess that Dems don’t know what they’ve paid.

And, there may be bills that have been accrued since (such as for a big Dem meeting in Oacoma) that I’ve heard are still lingering out there unpaid after months. (Which could be attributable to the state report, so it’s possible it might not be reflected on the federal report).

It may take some additional tracking after the series of updated FEC reports this week to figure out where they picked up an extra 35K that has appeared in the last month.  But given what we’ve seen to date… I’m not sure how much we can bank on any reports from state democrats to be accurate.

9 Replies to “Democrats amend reports… and it’s not clear if they even know how much money they have.”