With US Senate challenger Mark Mowry in the news today, there was one thing I observed at the GOP dInner this last weekend in Yankton.. 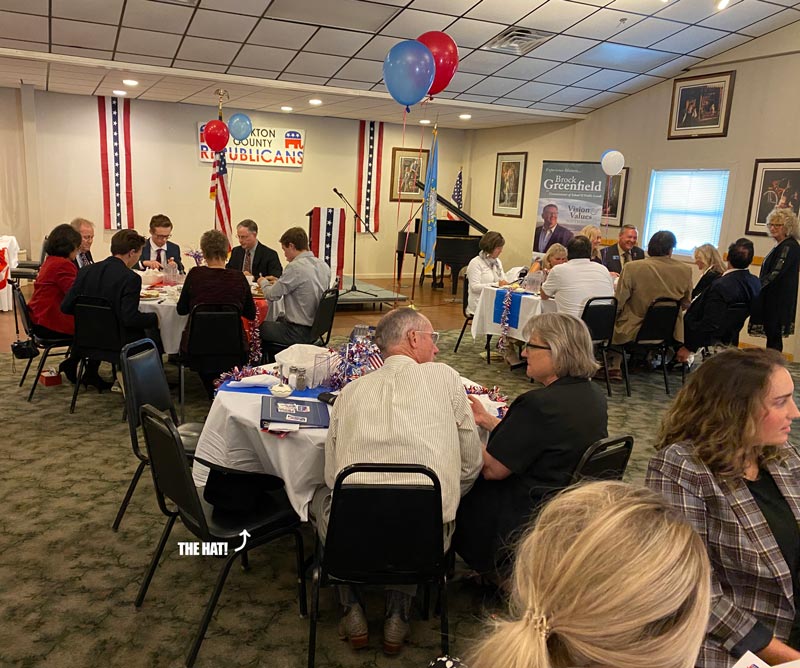 I don’t want to assume that Mowry is unpopular in GOP circles, but… dang. When you’re running for US Senate and the only people who want to join you at your table are your wife and your hat, you definitely have a ways to go in the campaign.

5 thoughts on “Don’t want to say Team Mowry is unpopular in GOP circles, but…”