It might not come as a surprise that I’m not a supporter of any of the three measures attempting to gather signatures to get on the ballot to legalize marijuana in the state.

So, when John Dale of Cannabis Consumers for Liberty, the group that submitted the first measure reached out and wanted to make his case for his “conservative motivations” behind bringing what might be the broadest legalization effort of the three, I thought it might be interesting reading to allow him to plead his case.

And for your reading, that brings us to Five questions with John Dale, Cannabis Consumers for Liberty:

1. Can you give us a little background on what your measure proposes to do?

The Cannabis Consumers for Liberty initiative aims to legalize cannabis, its flower (marijuana), and its fibers (hemp) and oils (CBD, CBG, THC).  Our group seeks to undo the prohibition created on the heels of the passage of the 21st Amendment to the US Constitution (de-prohibition of alcohol).  In 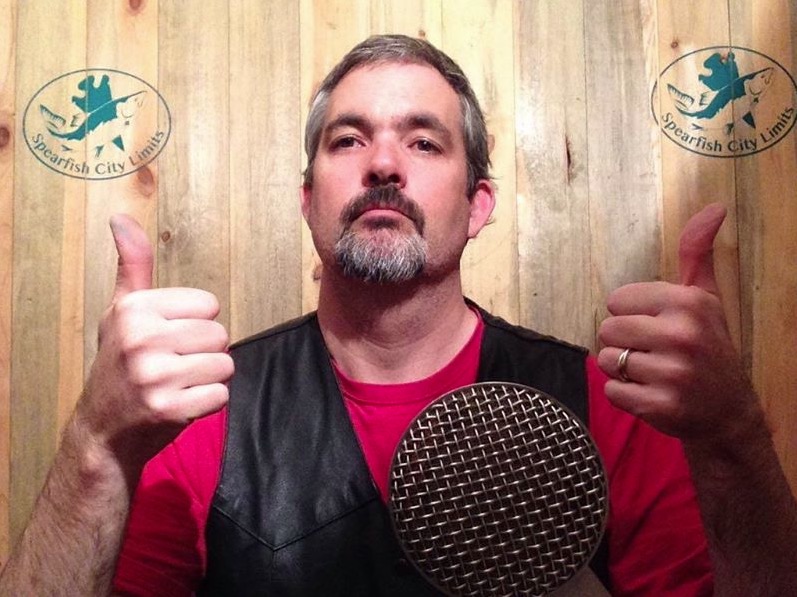 years prior, the invention of the decorticator torpedoed the costs of producing hemp pulp for paper production and after the passage of the 21st Amendment, Harry J. Anslinger had lost a significant portion of his enforcement budget. This convergence of factors gave rise to the anti-cannabis lobby consisting of the US timber lobby and rent-taking T-men seeking expanded federal government power.  Cannabis was subsequently prohibited with the effect of creating a government sponsored advantage for the timber industry, and to give t-men operating money to continue the persecution of cannabis and alcohol black marketeers. The 21st Amendment was ratified by the requisite number of states on December 5, 1933.  The first serious regulation of cannabis came with The Marihuana Tax Act, enacted August 2, 1937 on the heels of the 1936 propaganda film Reefer Madness, an intellectually dishonest portrayal of the effects of cannabis use on teenagers.  For the record, evidence of cannabis use in human culture was first discovered to be in the archeological record some 8000 years ago.

2. You’ve noted to me that there are ‘conservative motivations’ behind bringing the ballot measure. Can you explain why you believe it to be in line with conservative values?

Prohibition of a plant put on Earth by God for human use is a violation of an eons-old moral order.  The destruction of the long-standing custom of using cannabis for social, industrial, and food is an affront to conservative sensibilities.  We stand on the shoulders of those who came before us who used cannabis to cross the seas, clothe themselves, and draft The US Constitution.  The US Constitution is written on Hemp parchment.  Betsy Ross is thought to have made the first US flag out of cannabis fiber.  That an unelected bureaucracy (FDA) bans the substance upon which The US Constitution is written is a direct offense to conservative principles.  Allowing cannabis production and use in a free and fair market without government sponsored monopolies is prudent.  Government sponsored monopolies through prohibition and regulation degrade variety and dynamism in the marketplace.  Monopolistic black market forces dishonestly flagged cannabis as a poison to empower black market forces to control means of production and artificially inflate prices. Prohibition of things posing no present danger to society is a failed and sordid attempt to create social utopia through totalitarian mandate to usurp human agency, create mindless followers, and harden an unmeritorious social hierarchy.  Prohibition of things like cannabis undermines the notion that people own their bodies. A person’s own body is her property, and property rights are fundamental to conservatism.  Cannabis legalization is a matter for localities to decide through their patronage of markets, yet an unelected bureaucracy has imposed prohibition on the entire country through the mis-scheduling of cannabis – a raw material input for textiles and manufacturing, medicine, and mild intoxicant – the same as heroine, an addictive and dangerous poison.  Conservatives believe in the restraint of power of our government.  Allowing the FDA to prohibit cannabis use within domestic free and fair markets is an egregious affront to the conservative’s desire for prudent restraints on the power of government and top-down communalization of our municipalities.  The fact that meth can be legally prescribed by a doctor while cannabis remains illegal even for textiles and medicine is a great example of why we should limit government and rely more on the wisdom of markets.  With the stroke of a pen, the government of The United States has regulated out of the economy a valuable source of raw materials for textiles, a viable and attainable source of medicine, and a viable alternative to alcohol as an intoxicant;
cannabis.  The prohibition of cannabis is ergo orthogonal to conservative principles.

3. There are now three initiated measures/constitutional amendments being proposed for the 2020 ballot which involve the legalization of marijuana. Why is your proposal better than the other two?

Of the three proposals on the table right now, ours is the only proposal that significantly reduces government bureaucracy and takes-out the black market.  Our proposal is functional, meaning it defines the spirit and intent of the legal ideology while empowering the legislature to do the job of backing-out the litany of spaghetti-like codified cannabis law. At the same time, the functional nature of our proposal gives courts the ability to cogently interpret the plethora of possible legal challenges to the law without consuming more space in the state’s legal codebook. Most important, the CC4L initiative is the only one of four options that disempowers the black market.  I say four because all indications are that the black market will thrive  if 1) we do nothing, 2) we pass and enact the other two initiatives.  In the medicinal initiative under consideration right now, the “legal defense” clause will be used as a sales tool to sell legions of non-medicinal users.  In the non-CC4L legalization initiative, police will lose probable cause to investigate users, who will obtain from black marketeers to avoid dispensary based surveillance.  The CC4L initiative was designed to take-out the black market, bringing all those criminals into the light, and encouraging them to obtain competitive advantage through customer service, product development, and intellectual property.  Those businesses not able to achieve competitive advantage through these and other legitimate and legal means will be banished from the market via customer choice.

4. The Attorney General’s opinion for your ballot measure gives the appearance that your ballot measure sets up marijuana to be treated like alcohol in terms of possession for those over 21. Yet it notes that localities can’t tax marijuana or paraphernalia, despite being on the front line for dealing with those that would abuse it. Counties argue with the state for a bigger portion of taxation on alcohol for this reason. Why would this be different?

Not allowing persecution through taxation and localized municipal controls is direct adherence to conservative principles.  In a free and fair market, if there is no demand for cannabis, a business will not subsist.  If the culture of an area is such that cannabis is not used or demanded, there will be no market, no cannabis production, no cannabis consumption, and no cannabis businesses or business license applications.  For those who wish to create their own personal economies by growing their own cannabis, a municipality should not be allowed to impose totalitarian controls on that person’s right to produce cannabis for personal consumption.  Section 15 of our proposal is meant to protect conservative cannabis free marketeers from a coordinated totalitarian assault from the reefer madness propagandized opposition who would seek to abort the restoration of a fundamentally conservative human right to produce and consume one of God’s most amazing gifts to mankind; cannabis.

5. There are only about 7 weeks left until initiated measure petitions are due. Where are you on petition signature collection? Do you anticipate you will have sufficient signatures to turn in?

Regretfully, I must decline to publish specifics regarding our support since if we have a lot of support, attrition might take-hold.  If we have dwindling support, apathy might take-hold.  That said, I will say a word about our process.  We have created a database that we use to allow supporters to opt-in. When cannabis advocates text keyword REEFER to 605 309 7007, it initiates a process of voter registration verification.   When we have enough verified voters in our database, we need around 18 days to collect all of our signatures using software routines that optimize our efforts using the geographic information contained in voter registration data, along with our ability to communicate directly with our supporters in real-time.  Our referral network is growing quickly, and support for our cause increases exponentially as word spreads about our authentic, conservative minded civic engagement.

And there you go.

Petitions are due in at the Secretary of State’s office before end of business at 5pm on November 4th.  We’ll know then how John does with his collection.