Is it just me, or did the Haugaard for Governor press machine cough to a halt in Mid-December? 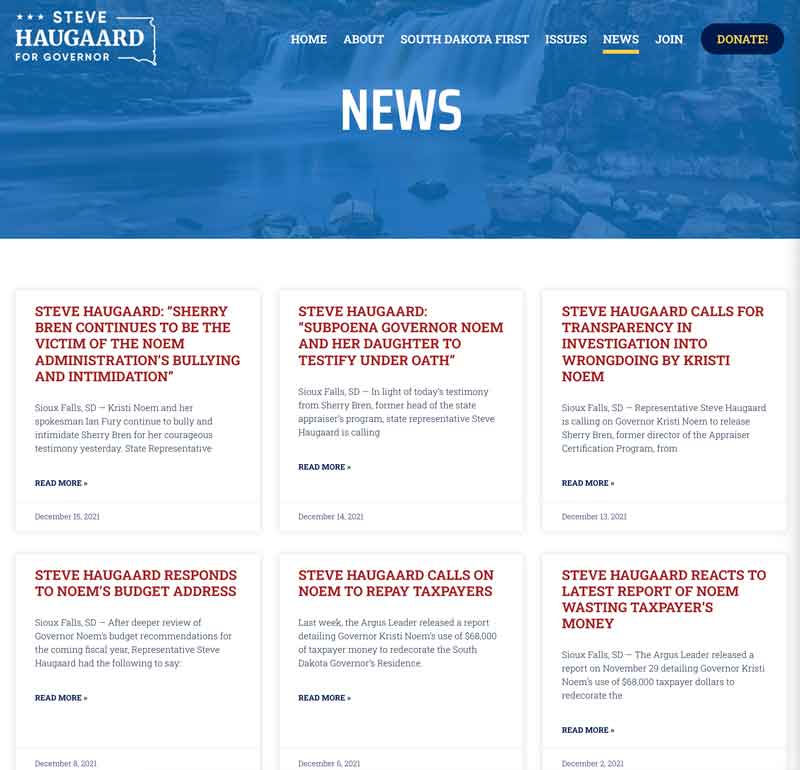 After 9 press releases total since the campaign’s launch in mid-November, with 4 of those releases coming in a week between 12/8-12/15, the Haugaard campaign seems to be relying exclusively on facebook, hitting a farm show, and no attempts at earned media.

While you would normally expect some holiday slowdown, I’m a bit surprised that they’ve gone radio silent since the middle of the last month.

Speaking of Facebook, the Ad disclosure page seems to indicate that so far Haugaard has put over $5200 into Facebook ads to hammer our social media, with over $900 in the last week.

That appears to be about 10% of what the Governor has hit facebook with ($9656 in the last week).

But then again, from reports, the Governor has the money to do it.  While the extent of Haugaard’s cash remains to be seen.

2 thoughts on “Haugaard for Governor press machine seems to have stalled, while his Facebook ads are cranking up.”