If you saw this in the shopper paper, you’d think there was a Republican event this weekend.

But, it isn’t. They might claim to be a “Republican Party All Candidate Forum,” but that’s pretty false advertising. Not to mention that they don’t have a disclaimer with it. This is an event sponsored by one of the fringe groups that’s popped up this year. Not that you can tell, since they won’t use their own name.

And they finally got around to noting who they actually are in an e-mail sent to candidates this morning, an e-mail where they seem to have an expectation that candidates are planning on showing up: 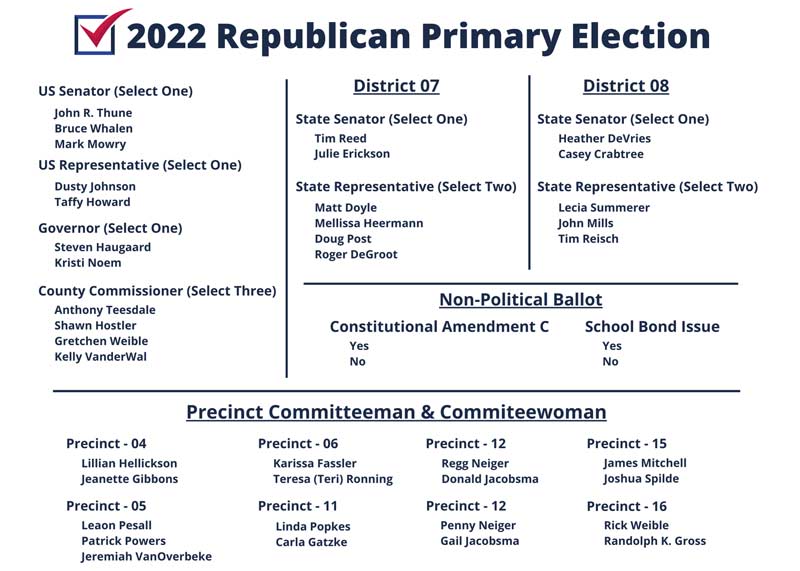 The event is actually sponsored by the local chapter of the “Patriot Ripple Effect.” Not they they’d put that in the paper.  They also use the snakey tactic of saying it’s an opportunity to meet primary candidates for Governor, US and State Representatives, etc.”  But they don’t really tell you who is and isn’t coming.

Somehow I doubt Kristi Noem or John Thune have confirmed they’re going to be there.  And in fact, I notice I’m on there as one of the candidates in the e-mail that went out today. But, I didn’t see where my invite to speak for 7 minutes came into my e-mail box.  (Must have gotten lost on the Internets.)

Not sure why they have to be sneaks or snakes about any of it. If they want to have their own thing, it’s a free country. But why the deception?  Why the false advertising, and hiding their identity in their advertising?  The big takeaway from this is that a group who has to pretend to be the Republican Party is trying to deceive people into thinking they are having a GOP event. When it couldn’t be farther from the truth.

If they have to trick people and hide their name, I think I’d tell candidates to stay away from this mess.

I know I’ll be passing on my opportunity for 7 minutes of fame.

9 thoughts on “Group pretending to be GOP, but not disclosing that they’re not, claiming they’re hosting candidate forum. (They must have lost my invitation in the internets. )”